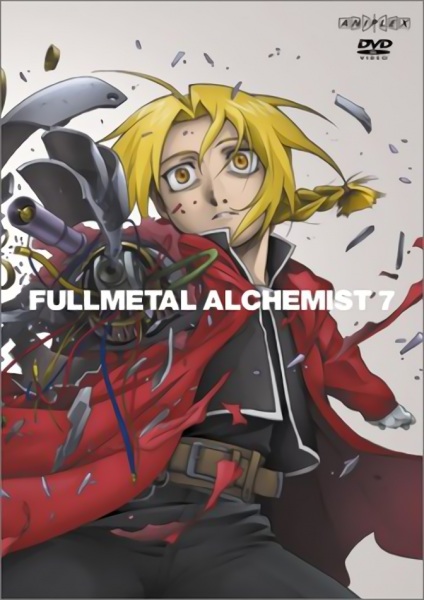 “Humankind cannot gain anything without first giving something in return. To obtain, something of equal value must be lost.”

The year was 2003 and then unfinished manga Fullmetal Alchemist was scheduled to recieve an ambitious anime adaptation by Studio Bones. At the time this was a very controversial decision but in my opinion this was generally regarded as a good move, as the anime-original work enhanced and built upon the original work in an unique way. If you're a fan, you should check it out if you haven't by now.

Animation: 7
It's your standard early 2000s flair, 4:3 aspect ratios with dull colors, fights are pretty elaborate though (I'd say even more than what Brotherhood did) and nothing more is really desired from it.

Story: 9
This heart-wrenching story follows the Eldric Brothers, Edward and Alphonse in a grim quest to recover their original bodies after a failed attempt to bring their mother to life using Alchemy. The early part is essentially Kino's Journey on drugs. The latter part is a competent shounen with a somewhat contrived ending, which had it been given more time it could have been a 10. It could have been far worse, though...

Style: 8
The same-y dark-ish early 00s style from productions such as Boogiepop, Kino and Haibane Renmei is used here (the movie is way darker). I greatly appreciate this sort of stuff but mileage may vary for some anime fans.

Overall: 9
It's a very enjoyable action/adventure anime with a gripping plot that will leave you guessing what's gonna happen next. If that's not great anime I don't know what it is. If you're looking for the saturday morning kids version of this go watch Brotherhood. This one's for veterans only.