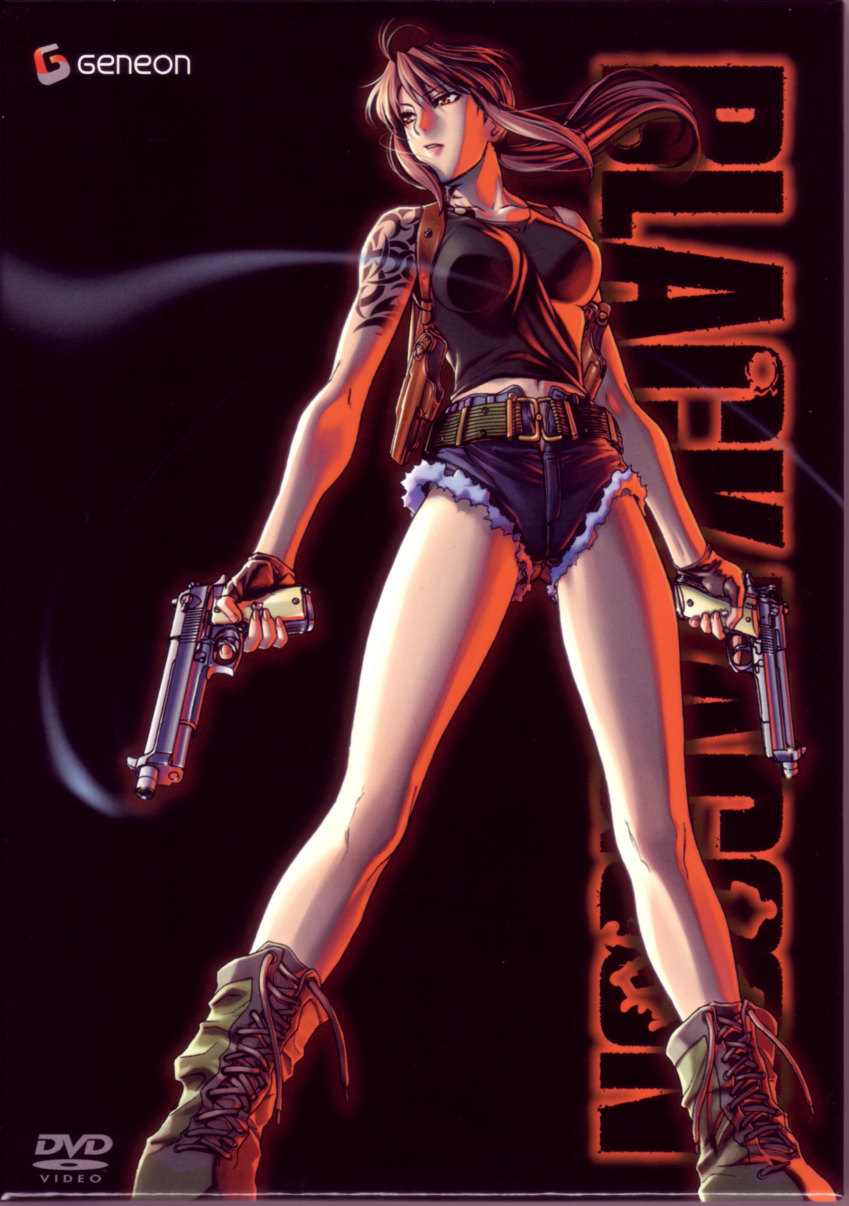 “You've got to enjoy life, or else you'll end up wasting it.”

Black Lagoon. One of the most kick-ass, balls to the wall action anime. Released in 2006 by fan-favorite Studio Madhouse, this little 24-episode series made history and is still fondly remembered to this day.

Animation: 7.5
It's pretty good for your TV anime standards (even though the OVA would beat it out of the park some 5 years later) with your standard action tropes and great character designs. Suprisingly lacking in gore, which the OVA fixed later on. Not much else to comment.

Story: 8
Black Lagoon follows the story of Rokuro Okajima, a japanese salaryman who gets caught up on a conspiracy involving his boss, pirates and the Russian Mafia in 1990's Thailand. You'd think this would be your generic 90's OVA story (ala Gunsmith Cats) but you'd be wrong. This one has the right amount of drama, amazing character interactions and a great cast comprised of Roanapur's lowest of the low.

Style: 10
If you know me you know I'm a sucker for this sort of stuff and I can say it from the bottom of my heart that 2006 was when anime peaked in regards to design. It's crisp, it's dark, it's violent. Characters are expressive and recognizable, cars are accurately portrayed and the guns kick ass. No complaints from me.

Overall: 8
If you're into this sort of stuff and if you like old action OVAs, this one is for you. One thing that I will comment on is the English Dub: generally they kind of suck, but this one is exceptional. Great work from Geneon on that one and it gets my personal seal of approval.