Fullmetal Alchemist: The Conqueror of Shamballa 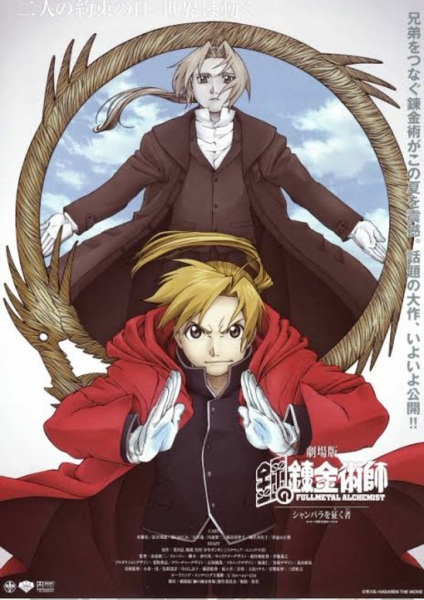 Bones had big plans for FMA after its run was about to end, a full-on epilogue season that would be the defacto conclusion to the TV series. Aniplex wasn't having any of it and decided to cram all of the great ideas that the production committee had into a 1h45m movie. Was it any good? Well... I'd say it was, but there was a lot of wasted potential to say the least.

Animation: 10
This was an expensive movie and it shows. They took the original show's art design and cranked it up tenfold. Beautiful action sequences and still shots of 1920's Germany in this one. I like how they did the contrast between Resembool and Germany with the colors. It just clicks. Animation gets a 10 from me.

Story: 7
This is the ending to the original 2003 TV series. It's a serviceable story that had so much more potential but was hampered by the tiny runtime of the movie. If this had been a TV anime as originally planned, this might have been on top 10 lists of the best anime of the 2000s. Clannad After Story-tier, even.

Style: 10
As written above, it's the TV series cranked up to eleven. Beautiful to look at, while still having that old-school grit. Gets a 10 for me.