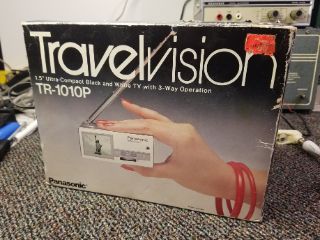 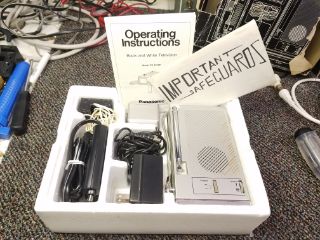 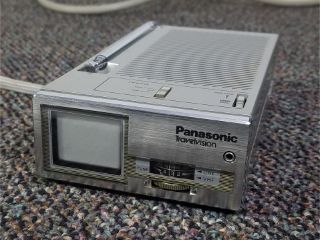 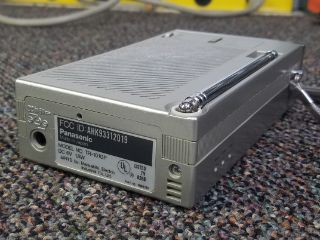 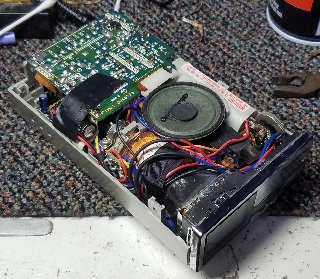 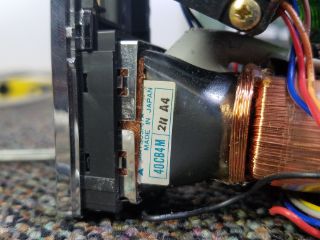 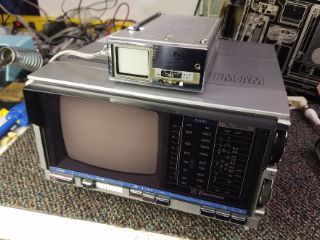 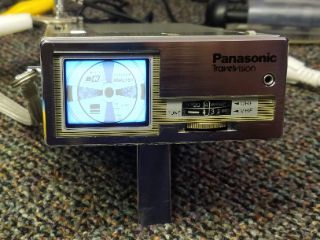 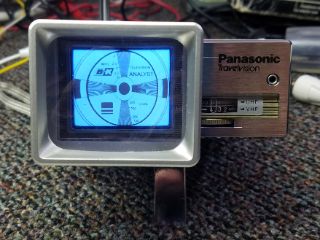 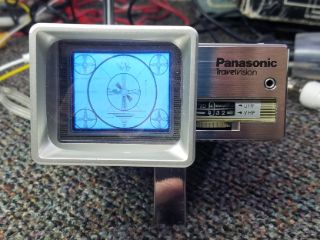 The Panasonic Travelvision line of pocket TVs are, to my knowledge, the smallest CRT-based television sets ever produced. The 1.5" CRT is the same picture tube used in VHS camcorder viewfinders; it features an incredibly shallow deflection angle of 36 degrees and a nominal anode voltage of only 4.7kV (with no beam current). The set comes with an external magnifier which can be attached to the set to bring the viewable picture size up to approximately 2" or so, a small but beneficial increase. It also includes adapters for both a standard US wall plug and a car cigarette lighter port, as well as a single monophonic earbud, so the set can be used both at home and on the go.

These TVs are INCREDIBLY cramped inside, with every square inch being utilized. There are a total of three screws in the entire set; only two of these screws are used to hold the set together, while the third screw attaches the stand to the case. The set is largely held together by the force of gravity, tape, or a combination of the two.

As one might expect, due to the size, this set lacks many of the bells and whistles larger portable sets include. It does not have any video input jacks, with the only way to receive a signal being the antenna. While this is certainly annoying, an alligator clip can be attached to the base of the antenna and connected to the video source; this can produce a near-perfect picture, as seen above. A video input jack on a set of this size would be foolish, anyhow, as it was mainly meant to be an ultra-compact TV you could bring to a baseball game or on the bus when analog television signals were still being broadcast.

My set works perfectly with a sharp picture and good sound, but it took many hours of disassembly and repair to get the set to where it is now. When I first bought the TV on eBay in December of 2018, there was no vertical deflection, only a horizontal line. Removing the cover revealed that nearly every single electrolytic capacitor in the set had leaked and severely damaged nearby components and traces, with the vertical IC being hit extra hard. A cursory information search online revealed this capacitor damage was a common failure, and other Travelvision owners had attempted to find schematics or a service manual to no avail. There was a long road ahead of me, and one not very well traveled.

In the end, I estimate it took me close to ten hours to fully clean up the electrolyte corrosion, replace any severely damaged components and all the capacitors, and patch any traces that were beyond saving. A few pictures of my work can be seen below: 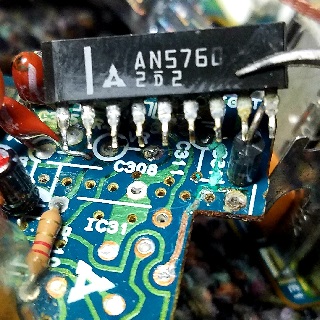 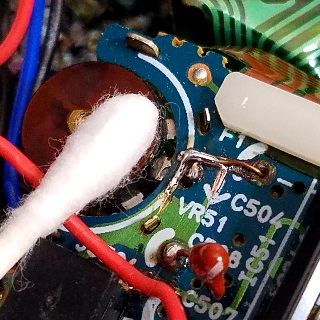 In the picture on the left, I had just finished desoldering the vertical IC, revealing lots of corroded traces and vias I had previously not realized were badly damaged. The farthest pin on the right's pad and trace had been eaten away totally, with all of the copper gone and continuity being lost. It was patched with a single strand of copper wire salvaged from junk wiring I'd pulled out of a parts TV some time ago. The picture on the right shows another beyond-saving trace I had patched, with the head of a Q-tip showing the size of the patchwork I was dealing with.

Below is a picture of the set's first powerup post-recap - I had not even bothered properly reassembling the TV, as I was honestly expecting for it to not work, but lo and behold, I got a bright, full raster with static and sound: 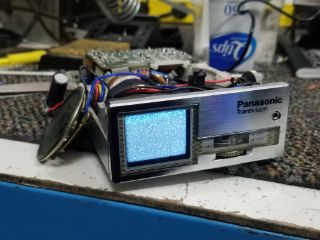 In conclusion, the Travelvision is one of the coolest TVs in my collection and one of my personal favorites. Panasonic's ability to cram so much circuitry into such a small space is quite a feat, and even though working on it was such a hassle, it was well worth the effort for me. I would normally highly suggest purchasing this TV for your collection (they can be found for a pretty reasonable price still); however, the intense amount of work needed to bring mine to life gives me pause. Therefore, unless you are comfortable working on small, densely populated circuit boards and have the skills and desire to tackle such a project, or you simply want the set as a shelf piece, I would not suggest you purchase one.

- The chassis is split into two main PCBs, one for RF/IF and one for deflection. They are sandwiched together, with the neck of the CRT in the middle.