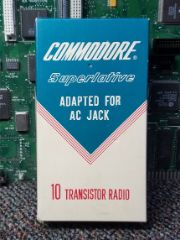 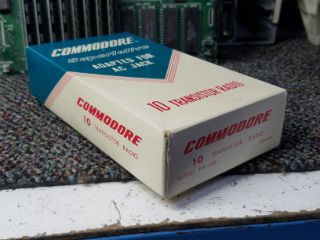 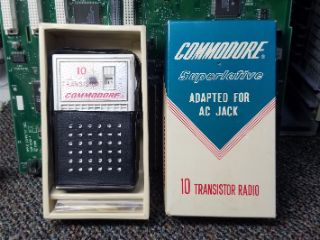 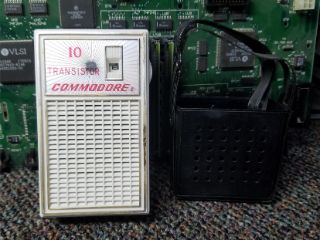 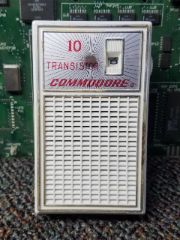 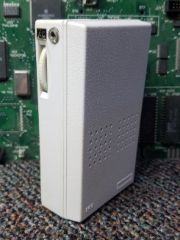 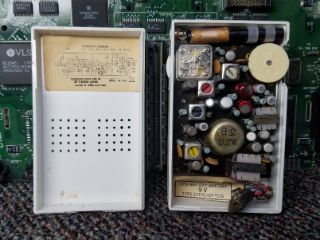 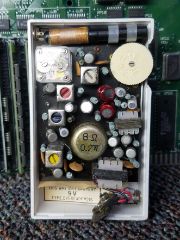 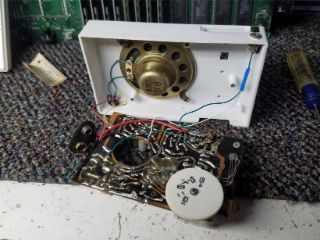 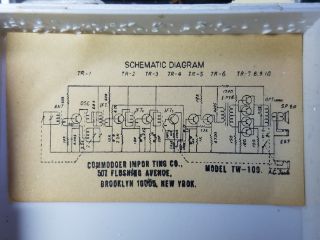 This snazzy little pocket radio was another impulse buy on eBay - I was mostly drawn to it due to the branding! Commodore, a name shared by the famous and well-regarded home computer company of the 1980s. This radio was not made by that Commodore, however: it appears to have been sold by a small company based in New York who imported and resold various pocket and tabletop radios. Amusingly, the (poorly-printed) address is for an apartment complex in Brooklyn! It makes me wonder if these radios were being legally sold in stores, or if they were being sold off the street corners, or perhaps via mail order catalogs...if you have any idea, I'd love to know! Please feel free to shoot me an e-mail.

As found, the radio produced static, but not much else. I could get some whining at around 790 kHz, which is WNIS, one of the strongest local stations in my area. This implied the IF stage was at least trying to work, but something along the way was leaky and not doing its job. After a recap, I was able to receive WNIS along with a few other strong stations, but the radio was clearly still not performing as well as it should and even the stations I could hear did not sound good. I believe the 2SA466 oscillator transistor (marked as TR-1 on the schematic) is getting leaky, but I have not at the time of writing (1/31/2020) obtained a replacement. I will update this page once I do so.

- The radio is marked as "ADAPTED FOR AC JACK" and has a jack on the side marked as such. Perhaps Commodore sold AC adapters separately for their radios?

- There is a set of mono earbuds, apparently never used and still in the original plastic wrap, in the box.

Return to the radio hub